You are here: Home / Featured / Is Cross Dressing Allowed in UAE 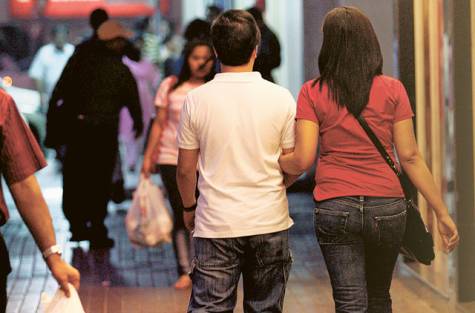 Cross dressing refers to wearing clothes of the opposite gender in a society. Like for example a man wearing skirts and tops. Similarly, a woman if wears clothes that of a man would be referred across dressing. In almost every generation there has been distinction between man and woman in the way they dress. Some people automatically connect cross dressing with transgender identity and homosexual behavior, but the term itself doesn’t imply any motives. However, anyone who cross dresses cannot be referred as a transgender. Cross dressing is most commonly done by heterosexual men. In women it is rarely found.

Throughout the world cross dressing is viewed with different perspectives. In western world, people are more liberal and open-minded. According to them acts like these are often encouraged. However, in the gulf, mostly Arab states cross dressing is considered as a violation and is not tolerated. Anyone who is found cross dressing in UAD is prone to face charges against a penalty code, which depends on the violator’s state of offense. Here is a look at some of the major Emirati states and their take on cross dressing.

Dubai, a city state that is part of the United Arab Emirates, is a magnet for foreign tourists as well as investors and is known for a liberal lifestyle fueled by a booming property sector. More than half the populations are expatriates, with thousands sporting bikinis on public beaches, wearing shorts and drinking alcohol that is freely available in bars and restaurants. In 2006 more than a million British visitors travelled to the UAE and 100,000 British nationals live there.

Openly gay behavior is banned. Despite its western and cosmopolitan outlook, Dubai is a conservative Muslim society and – like much of the Arab world – is largely hostile to homosexuality.

Foreigners visiting the Gulf tourist hub of Dubai have discovered the limits of tolerance after cross-dressing in the city’s shopping malls and other public places.

As per the Gulf News report, In 2008, police detained 40 “cross-dressing tourists” quoting the local police chief as complaining that transvestites were frequently being spotted.

General Dhahi Khalfan Tamima said that this is against the UAE’s traditions and social values. Any man or woman who behaved like the opposite gender in public would be questioned and action would be taken

Sharjah is considered the strictest of the United Arab Emirates and it is the only emirate where alcohol is completely banned. Like all other parts of UAE, cross dressing is considered a moral misconduct and is not allowed in public.

Abu Dhabi
In 2005, twenty-six young men were arrested at an Abu Dhabi hotel after police discovered the men engaging in cross-dressing and homosexual practices. In discussing the raid, Mohammed bin Nukhaira Al Dhahiri, Minister of Justice, Islamic Affairs and Auqaf stated, “There will be no room for homosexual and queer acts in the UAE. Our society does not accept queer behavior, either in word or in action

Looking at the major emirates in UAE. One can have a clear view that cross dressing is not allowed in UAE. Furthermore, anyone who is found displaying such acts in public is likely to face charges on the part of government.