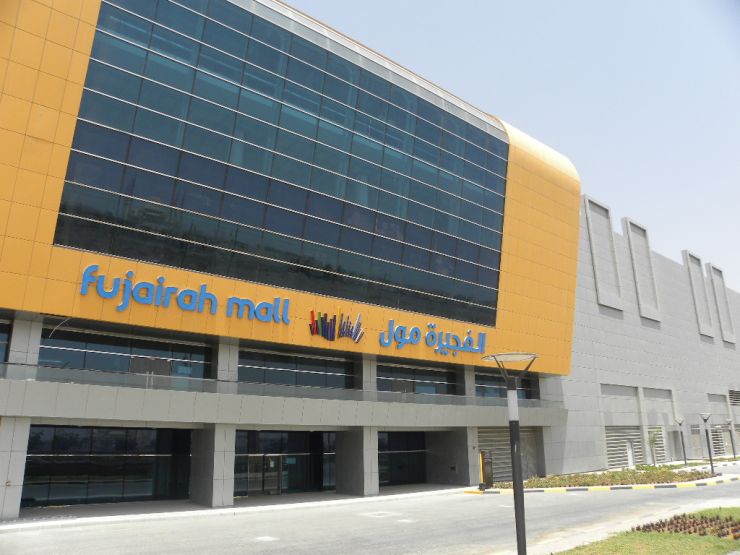 Fujairah’s ambitions to become one of the UAE’s major retail and tourism hubs are set to receive a huge boost when the emirate’s biggest shopping and leisure venue opens in September 2015.

Fujairah Mall, over 35,000-square-metres of retail space spread over two floors, is destined to transform the emirate’s retail sector, providing fresh opportunities for brands while meeting the needs of Fujairah’s growing number of residents and tourists from the UAE and abroad.

Retail groups Azadea, Chalhoub Group and Apparel have all signed deals to launch a number of stores at the mixed-use development, some for the very first time in Fujairah. Likewise the development also houses a 4* Millennium Hotel, already operational.

“Our plans for the mall are in line with the vision to make Fujairah one of the UAE’s most popular tourist destinations,” said Owner’s representative, Mr. Khalifa Al Nuaimi. “We have spent months in the planning stages to ensure that we deliver first class retail and entertainment experiences for people of Fujairah and visitors from outside the emirate.”

Fujairah Mall is located on Sheikh Khalifa Bin Zayed Highway at the gateway to the city, opposite the Sheikh Zayed Grand Mosque and next to Fujairah Airport. It has 160 shops – 80% of which are already leased, and will provide visitors with a diversified offering including traditional Arabic goods, fashion stores such as Mango and Beverly Hills Polo Club, sporting names like Athlete’s Co, children’s shops such as Babycentre and The Children’s Place, jewellery brands including Damas les Exclusives and accessories and footwear names such as Nine West, Aldo, Charles & Keith and Sketcher’s.

Géant hypermarket is confirmed as an anchor store and already completed its fit-out. On the leisure side, the mall will house a multiplex cinema and two adrenaline-filled activities; a brand-new concept of FunCity and a “Kart&Shoot” zone offering the first of its kind electrical karting and laser-tag. Other stores such as a 500sqm Toy Store will also cater to children, teens and families alike.

Guillaume Darlix, Chief Commercial Officer of Aswaq Management and Services says, “Our aim is to provide an uplifting shopping and recreational experience through impactful architecture, the introduction of new brands to the emirate, and an exciting merchandising and brand mix to cater for residents, locals and visitors alike.”

“Convenience is also at the heart of what we have to offer,” continues Darlix. “ Fujairah Mall will be a destination for families and friends of all ages to enjoy a day out of top entertainment and shopping. Equally, it will be a place where you can quickly and easily shop for your daily groceries.”

Fujairah Mall will be the beating heart of the pioneering Fujairah Commercial Complex – the emirate’s largest international standard entertainment and retail facility -designed to stimulate growth in what is already one of the UAE’s fastest growing emirates.

Recently announced projects in the oil, tourism and business sectors in Fujairah have been the catalyst for an increase in jobs that has resulted in a rise in the number of residents.

A wave of new hotel developments along the picturesque 90km coastline has contributed to a 17% increase in the number of tourists this year, with the number of domestic and international visitors to the emirate expected to rise considerably in the coming years as the Fujairah Master Plan, signed by Fujairah Municipality in 2012, is implemented.

Poised to become the social, retail and entertainment hub of Fujairah as part of its long-term growth plans, the mall will provide an unrivalled retail and leisure experience for the emirate’s rising number of shoppers from both the UAE and overseas.

Set against the spectacular backdrop of the Hajar Mountains, the mall’s elegant, innovative architectural design reflects natural elements of the surrounding landscape creating an enchanting atmosphere influenced by the history of the region and the vision of the future.

The tasteful mix of traditional and modern elements will appeal to visitors of all nationalities and create a welcoming atmosphere encouraging visitors to return to the mall again and again.

The mall is located next to the main highway into the city and easily accessible from all residential and business districts. It is also situated in close proximity to key municipal and government offices, as well as Fujairah International Airport.