You are here: Home / News / The rise of Online Shopping in UAE 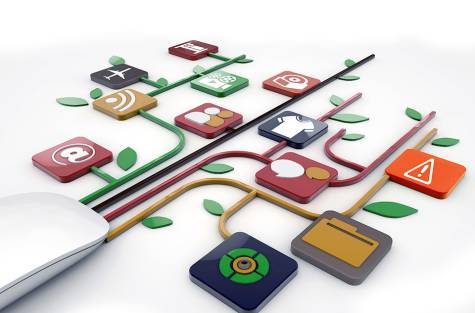 More than half of online shoppers in the UAE use the internet to buy airline tickets, book hotels and shop for home appliances, according to a recent survey conducted by MasterCard. The trend of online shopping has gripped UAE in last couple of years. The availability of products of all ranges catalyse the demand of online shopping.

The survey, which measures consumers’ tendency to shop online, was carried out at the end of 2013, and released in 2014. Figures from the study showed that over 50 per cent of those surveyed indicated they access the internet for online shopping of which more than 80 per cent said they were highly satisfied with their shopping experience. While consumers continue to purchase online items with caution, the trend of online shopping is steadily increasing in the UAE. Souq, the largest e-commerce site in the Arab world, was identified as the most commonly visited website for online shopping by nearly half the respondents. The online deal websites Cobone and Groupon followed as the next two most popular websites in the UAE with 20 per cent.

The most popular purchases online are airline tickets followed by travel-related products, books, electronics and clothing. There is also a strong trend in UAE of buying cosmetics online. A similar trend was seen in consumer’s shopping habits using their mobile phones.The survey showed that the UAE has one of the world’s highest smartphone penetration rates, making smart phones a new tool for online shopping. The top three items purchased through smart phones are airline tickets, mobile apps and coupons or deals, according to the survey.

Consumers in the UAE said that the availability of an increasing number of mobile apps and the ability to shop on the go are the top two reasons they use their phone for online shopping. While other items purchased online include movie tickets, clothing and other fashion accessories, numbers showed that magazines and newspaper subscriptions are the least mobile-purchased category.

The feedback has also revealed the scope of improvements for the online shopping. As far as the feedback is concerned, people want to see free or minimum shipping charges. The trend is certainly going to be in rise for UAE but it will be interesting to see whether the online markets make any changes to improve the process.