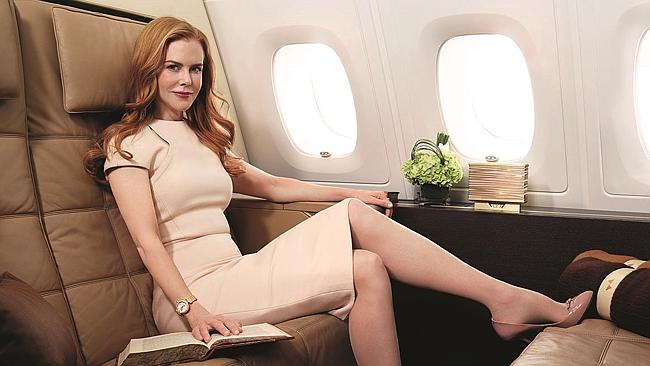 Etihad said the new advertisement, which was shot on Etihad’s Airbus A380 and other locations, is set to be shown in over 130 countries around the world.

Still versions of the campaign will also be appearing in print, digital, and outdoor channels.

Together with its partners such as Virgin Australia, Alitalia, and Air Berlin, among others, Etihad is expected to carry in excess of 116 million guests, Hogan said.

The partnership with Nicole Kidman marks another Australian ambassador for the airline, which also worked with Danii Minogue in promoting The Residence on the Airbus A380.

Speaking at the event in Emirates Palace, Kidman said she had flown on Etihad before partnering with the airline, and was impressed with their passenger services and luxury. “I loved doing [the campaign] because I think The Residence, which you saw in the commercial, because everyone asks me [about it] when I tell them I’m shooting in The Residence. It’s one of a kind, and it’s an apartment in the sky. I spent four days shooting on it, and it still blows my mind that it’s so big,” the actress said.