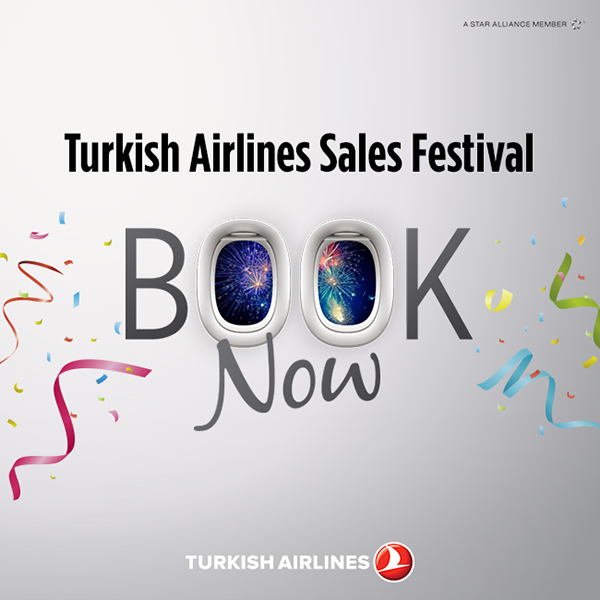 Dubai United Arab Emirates –  November 2017: Turkish Airlines announces its winter festival fares promotions for the month of November. Passengers from the UAE can now book a ticket for a price as low as AED 1,530 to cities such as London, Rome, Stockholm, Madrid, Prague, Budapest, Munich, Sarajevo, Vienna and other 23 cities in Europe.

The offer is valid for the passengers, booking a ticket from now until November 30th as long as they are intending to travel during the period of November 20th, 2017 to May 31st, 2018.

Turkish Airlines, currently one of the fastest growing airlines in the world, has been providing excellent services to its passengers through its business class services, it’s Flagship CIP Lounge which can be accessed by Business Class travellers at Atatürk Airport, and it’s strong reputation for amazing Turkish hospitality and convenience on all levels.