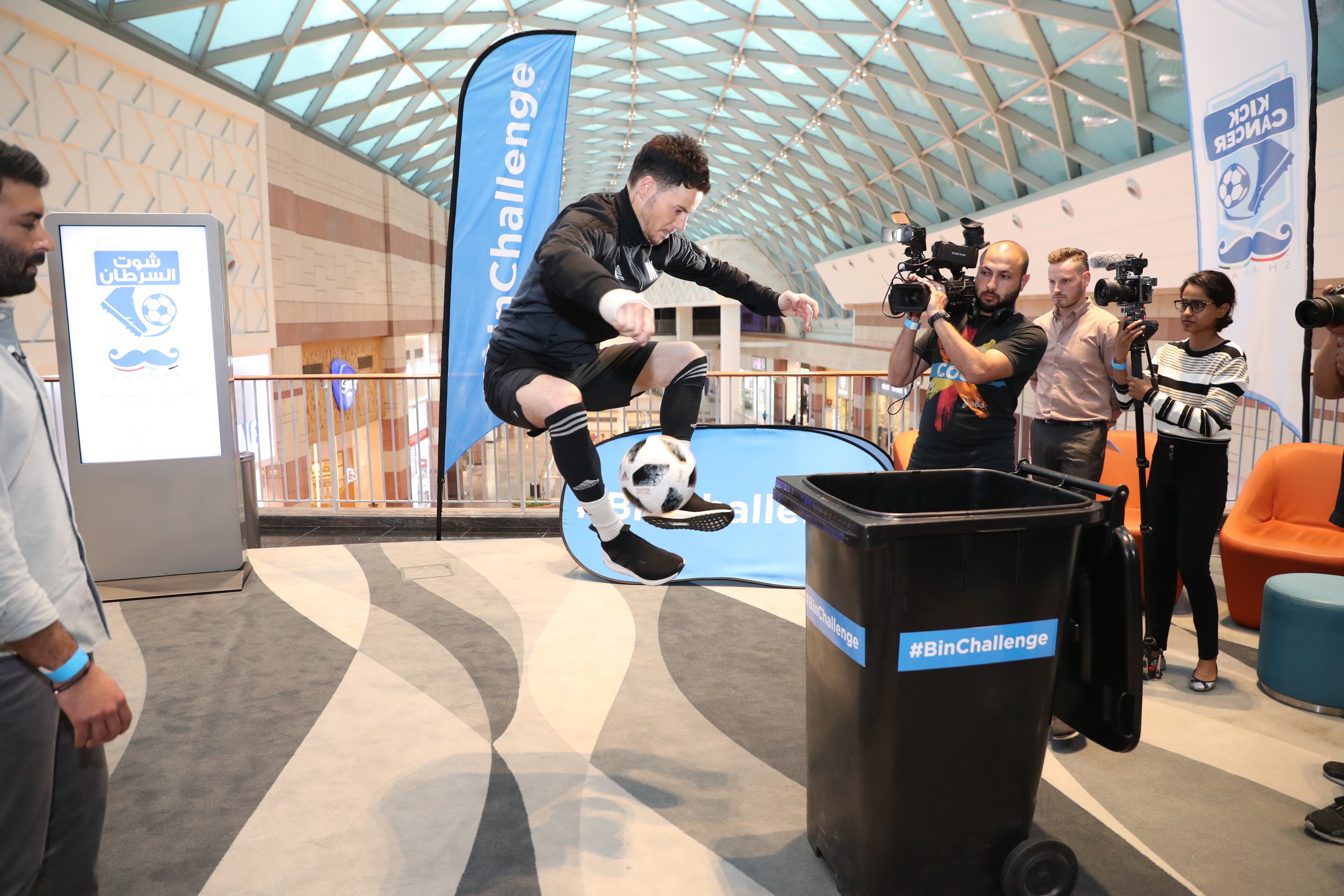 Kick Cancer campaign aims to tap into the emotive force of football as a catalyst to effect positive change and awareness about prostate and testicular cancer. With a series of activations, including celebrity endorsements from international football players such as Luis Suarez and renowned football duo F2 Freestylers, the #BinChallenge which is a viral activations that allows anyone and everyone from all over the world to be part of this innovative campaign, and school outreach programmes across the UAE, Kick Cancer utilizes the adhesive power of the sport to communicate the positive message “from good football, to football for good.” The campaign will educate the general public on prostate and testicular cancer, encourage regular screening, and raise funds to support the work of FOCP in the UAE.

Barcelona FC striker Luis Suarez actively participated in the campaign by starring in a public awareness ad (https://youtu.be/0YZ5SNkxTlA) produced by FOCP UAE. The incredible F2 Freestylers, dubbed the “world’s best soccer duo,” will also play their part in spreading the message to their substantial online following. Demonstrating the #BinChallenge on their channels, which include over 7 million YouTube subscribers and 4.8 million followers on Instagram, and encouraging everyone to take part, the F2 Freestylers will also make appearances in the UAE producing ten videos at the activation sites with the support of local and regional influencers.

The #BinChallenge will leverage social platforms to not only spread the message of Kick Cancer, but to encourage everyone to get involved. The most creative posts may even get the chance to win special prizes. The challenge is easy, just use your skills to kick a football symbolizing cancer into a bin, post on social media and tag three friends challenging them to do the #BinChallenge to support #KickCancer2018 for #FOCPUAE.

For more information, visit www.kickcancer.ae or join us in our ongoing social media conversations via Facebook, Instagram and Twitter@KickCancerUAE, #KickCancer2018 #BinChallenge #FOCPUAE.