Companies from UAE, Philippines, Singapore, and India compete in an international award that

save millions of lives, and won accordingly 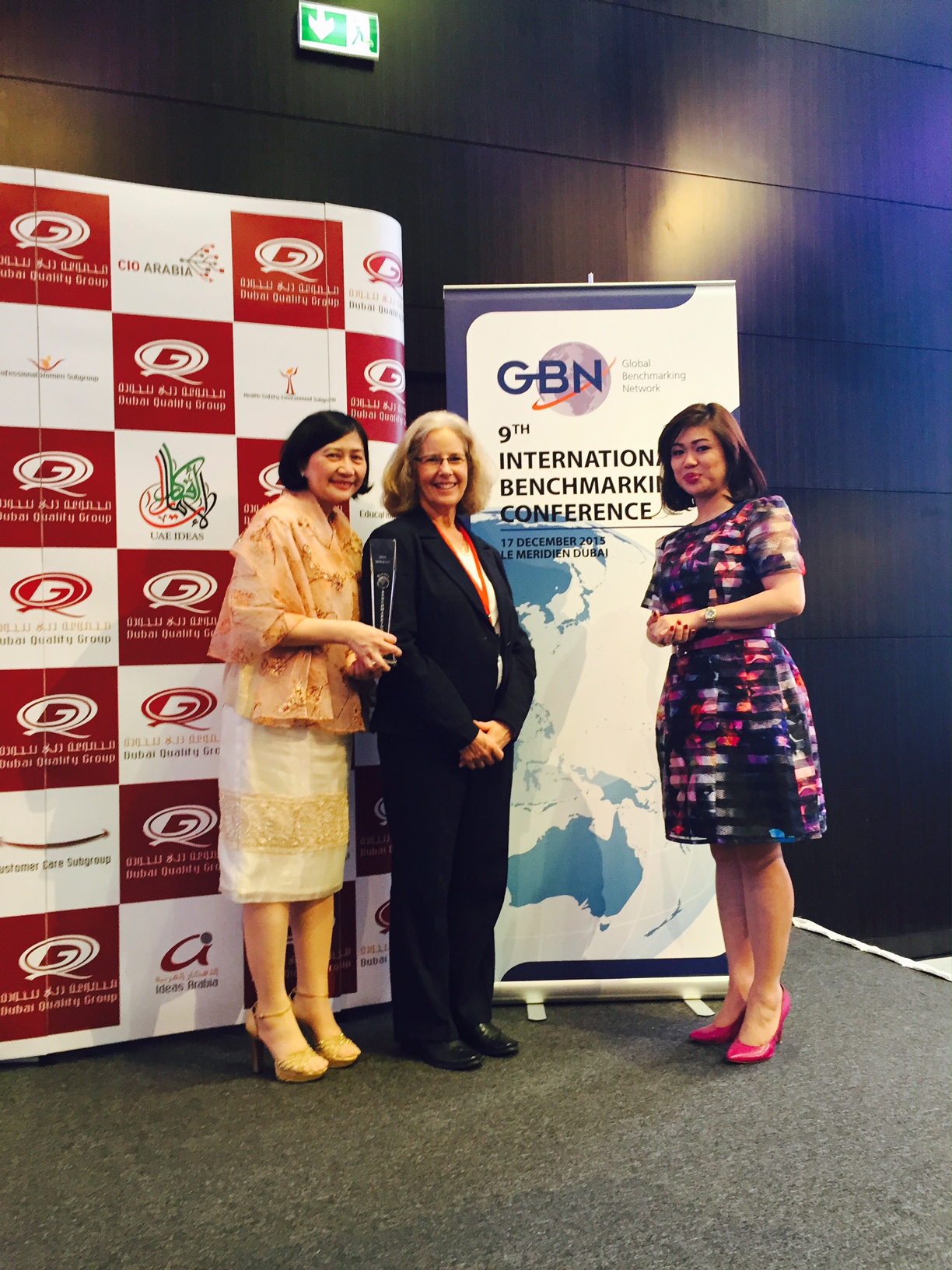 The Medical City (TMC), the largest healthcare network in the Philippines with international presence in the US

territory of Guam and the Middle East and on-going projects in Southeast Asia, has won the fourth Global

in the award, which forms an integral part of the ninth edition of the International Benchmarking Conference, held

Estate Limited in 2012; UAE’s Knowledge and Human Development Authority in 2013; and Singapore’s OCBC

The eight-minute award-winning presentation was given by Teresa Bagaman, Head of Network Quality

Benchmarking” and adjudged by a jury.

“It is our great pleasure to receive this prestigious award,” Bagaman said. “In line with our goal to ensure that

hospitals in the world, we consistently and continuously submit the hospital to the rigorous review and

accreditation process of bodies that set global benchmarks such as the Joint Commission International (JCI).”

– has accredited TMC for the fourth time. TMC secured this accreditation, even receiving perfect scores in the

critical standards on Patient and Family Rights, Access to Care and Continuity of Care, Care of Patients, and

Governance, Leadership and Direction, and Staff Qualifications and Education.

search for industry best practices that lead to superior performance. This definition concentrates on achieving

superior performance. In this regard it pursues the best of the best practices, best of class, or best of breed.”

“That is, those best practices that are to be pursued regardless of where they exist – in one’s own company,

industry, or outside one’s industry. It is only this view that will ensure superiority rather than parity,” he added.

solutions. We have continuously strived to remain true to our commitment to implement organisational

excellence across our networks, and we are pleased to say that we have now adopted the best processes from

Services, with plans to expand its network across GCC.

services to our patients and clients, both locally and internationally. It also reaffirms that our practices and

philosophy focusing on our patients as partners and our commitment to provide safe and effective patient care,”

“We will continue to improve further so we stand, as a benchmark for companies, not merely in the healthcare

sector, but also in various other sectors,” she added.