You are here: Home / Dining / To tip or not to tip after a meal in Dubai? 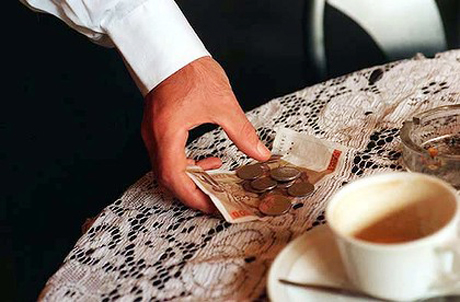 Tipping waiters in restaurants is widely practiced around the globe. If you are going in the restaurants in Dubai and face yourself with the dilemma  of leaving that Dh10 or Dh20 bill to the waiter after a meal, fret not you’re not alone who is practicing it.  It’s not an obligation to give a tip, you should give at least 10 to 15 per cent at restaurants. You give tips because you’re happy with the service.

While there are residents who know right away how much they would tip a service provider, there are also those who think saying “keep the change,” (or literally the loose change left behind), suffices as a ‘tip.’

But what really is the rule for tipping? In truth, there is none. History dictates that tipping has always been a voluntary decision of a customer. It has been practiced since the Roman era or possibly older as a way of ‘rewarding slaves or servants.’ The custom has since evolved and is now commonly practiced in many countries, even in the UAE.

Tipping is a  ‘reward’ and is always based on the guest’s discretion. It helps improve the quality of services delivered in a sector that is already known for its high standard of service but remember there isn’t any hard and fast rule or any obligation for tipping at the restaurants.