You are here: Home / News / Dubai Tram On Track For November Launch 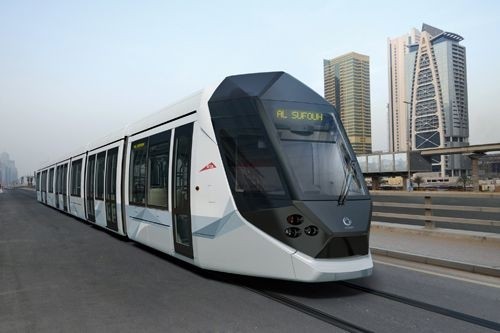 We have got a good news for all our fans who were eagerly waiting to hear some news of Dubai Tram. Yes, we have a news, in fact a good news and that is Dubai’s tram network is almost complete and it’ll start operations in November.

State news agency WAM said that more than 90 per cent of Dubai’s tram network has been built. Well, it seems like the work has been done on war footing. Hats off to the team that has made this happen so quickly

Moreover, Mattar Al Tayer, Chairman of the Board and Executive Director of the emirate’s Roads and Transport Authority (RTA), said the system’s depot is set to be finished by August, with the whole project on target to meet its scheduled completion date of November.

Al Tayer also toured roadworks in the vicinity of the tram network, as well as pedestrian crossings and the rail that will separate the tram from members of the public.

Adding that the safety of road users was paramount, he cautioned that tram passengers, motorists and pedestrians alike should be educated about the overlapping movement of vehicles and trams.

So the wait is about to end and the joy of travelling in Dubai Tram will sooner be experienced. Stick to our website in order to read more about Dubai Tram.