You are here: Home / Entertainment / The Kings of Leon arrive in Dubai 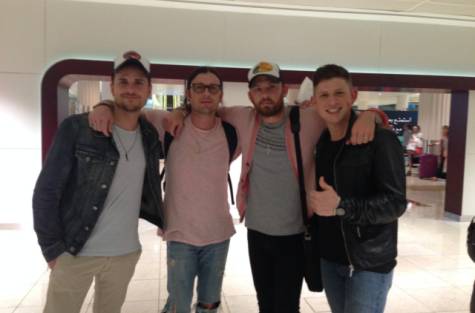 Shout-out to all our music loving fans across UAE! Are you ready for some really good time? Well, you have a perfect reason for that. The Kings of Leon are finally here, preparing to make their triumphant return to the UAE stage.

The Nashville foursome are slated to play Atlantis, the Palm during Live @ Atlantis on Wednesday evening, which will mark the second time the brothers Nathan, Caleb, Jared — and cousin Matthew — have performed in the country.

The first time around, they were part of the inaugural Abu Dhabi Formula 1 in 2009. And in November of last year, they even zoomed by for a quick stop between shows in North America, Europe and Australia, causing a mini frenzy among regional fans when bassist

Jared tweeted that Nashville-NY-London-Amsterdam-London-Dubai-Sydney-LA-Nashville. Around the world in 2 weeks.

Kings of Leon is an American rock band that formed in Nashville, Tennessee, in 1999. The band is composed of brothers Anthony Caleb Followill, Ivan Nathan Followill and Michael Jared Followill, with their cousin Cameron Matthew Followill.

Are you going to watch the Kings of Leon in Dubai?

[Tweet “Are you going to watch the Kings of Leon in #Dubai? #kingsofleon”]