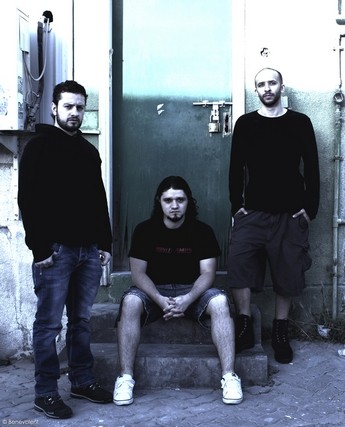 Music has been on the rise in UAE. The emergence of the Heavy Metal band in the country has given sufficient indication of the rise. The rising stars of country’s very own Heavy Metal band Benevolent is preparing for the best in UAE. The band will perform in the Bur Dubai on Saturday but that isn’t enough for the band. It is expected to a Music Tour in the country and attend many more shows.

For evidence that the popularity of heavy metal has grown into a regional phenomenon, you need look no further than the rising stars Benevolent.

The group’s founders, Fadi and Hadi Sarieddine, are Lebanese brothers who formed the band in Kuwait in 2007 before moving to Dubai in 2010 for Benevolent.

Fadi sings, while Hadi plays the guitar and sings. Their Egyptian bassist Mohammed Gad is still in Kuwait, while their drummer Rahul Hariharan, lives in India.

Whenever the group has a gig, the band members get together a few days beforehand and jam out any cobwebs before taking the stage.

Hadi says the fact that the members are spread out is not a great challenge, and that their professionalism is what keeps the band ticking.

The four-piece will channel their energy into another fierce show at Bur Dubai’s The Music Room on Saturday night, alongside the local acts Svengali and Perversion, and Iran’s Kahtmayan.
For UAE fans it will be their first live taste of material from Benevolent’s debut album The Covenant, which was released in March.

Hadi explains that the album is a major step forward from their first release, the 2010 extended play, Divided.