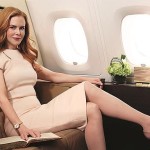 Etihad Airways has launched a new brand campaign featuring Hollywood actress Nicole Kidman, aiming to increase awareness on the brand globally. Etihad said the new advertisement, which was shot on Etihad’s Airbus A380 and other locations, is set to be shown in over 130 countries around the world. Still versions of the campaign will also be appearing in print, digital, … END_OF_DOCUMENT_TOKEN_TO_BE_REPLACED 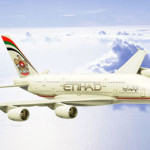