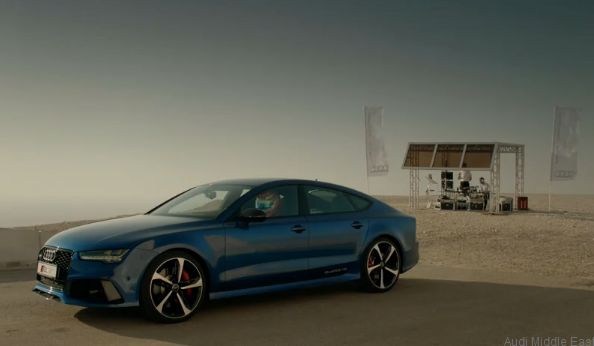 German car manufacturer Audi proposed an interesting challenge to test the speed of its model Audi RS7. The Audi Elevation Challenge is a face-off between Burj Khalifa’s elevator and Audi RS7 Sportback.

In the elevation challenge, Audi RS7, while on an ascending drive, has to meet the speed of Burj Khalifa’s elevator going up.

Audi RS7 was piloted by Audi Sport driver Edoardo Mortara up the Jebel Hafeet mountain while Musa Khalfan Yasin, the fastest 100 meter sprinter in the UAE, took the Burj Khalifa elevator to the top.

The race was full of suspense and eventful moments, especially when Mortara had to slow down to save a stray goat. It was a fine competition which ended in a tie.