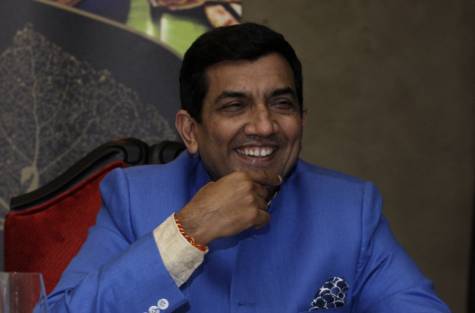 Kapoor, who is famous for his signature Indian food around the world as well as his appearances on television cooking shows, launched Signature by Sanjeev Kapoor at the Nation Galleria on the Corniche on Wednesday.The restaurant is his first in the capital, and the second Signature in the UAE (there is one in Dubai at the Melia Hotel).

Signature, one of many brands by Kapoor, includes all his signature dishes and personal favourites. If you’re visiting for the first time, we highly recommend the lalla mussa dal — a slow-cooked creamy black lentil stew, which is guaranteed to please vegetarians and carnivores alike.

Follow that with some butter chicken, and thank us later, as this is not your everyday butter chicken; it’s not greasy at all, the sauce is not too heavy, and it is perfectly seasoned.But the restaurant is not all about the food. The staff is welcoming and knowledgeable about each dish, and there is outdoor seating where the view of the Corniche is absolutely scenic.With the launch of his first restaurant in the capital, Kapoor said he was considering bringing some of his other brands to Abu Dhabi.

So, what’s the secret behind Kapoor’s success? He said it was simply about delivering what he believes in and committing to it. Kapoor is one of the greatest and famous chefs all over the world. He carries international fame along with him and is a great brand ambassador of healthy and hygienic food as well. So get ready for some Biriyani and more.