You are here: Home / Entertainment / Bon Jovi to revisit Abu Dhabi in October 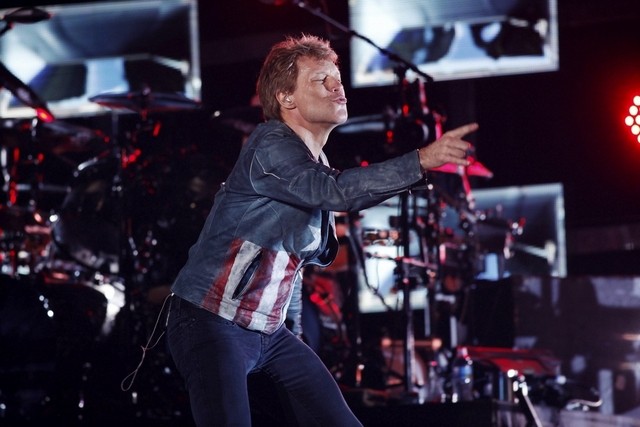 After touting around the world for almost 7 years, the musical group Bon Jovi is set to back in Abu Dhabi. They have confirmed their excitement to visit their fans back in UAE. The US rock behemoths will be onstage at du Arena on October 1.

The first major announcement on Abu Dhabi’s 2015/16 concert calendar has been made – Bon Jovi are returning to Abu Dhabi.

Bon Jovi last visited the UAE in 2008, for a historic performance at Emirates Palace which was captured in the opening scenes of the band’sWhen We Were Beautiful rockumentary.

Tickets for the concert will be available for du customers and to the Bon Jovi Fan Club from Monday at noon. Flash members will have the opportunity to buy tickets from Tuesday at noon to 11am the following day.

You can become a member of Flash by registering your email address when purchasing a ticket for a Flash concert. Registration for the Flash pre-sale is now open, and can be accessed via info.thinkflash.ae/bonjovi.

The intervening years have seen turbulent times for the New Jersey rockers. In 2013 guitarist, songwriter and JBJ-foil Richie Sambora left the band, reportedly fired due to problems with addiction.

However despite that glaring absence, Bon Jovi’s 2013 world tour was both the highest-grossing concert tour of the year, and the band’s biggest earner to date – a record they will no doubt be trying to break in 2015.

Not bad for a band who already claim to have played to 37 million fans in more than 55 different countries.

Bon Jovi has sold more than 130 million records over a 30-year recording career, which has spawned 13 studio albums to date.

However the band remain best known for their 1980s rock staples such asLivin’ On a Prayer, Wanted Dead or Alive and You Give Love a Bad Name(all from 1987’s Slippery When Wet). More recent huge hits include It’s My Life (2000) and Have a Nice Day (2005).

UAE loves music and the hot rated star keep coming to different places in the country to enthrall and entertain the people. The tickets will be available at Dh295 from Wednesday. The willing people can purchase them online from Ticket Master.