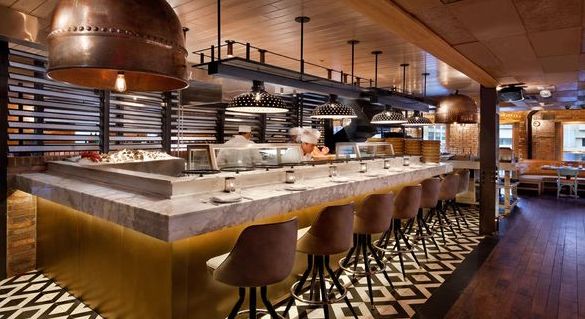 CATCH New York is popular among celebrities including David Beckham, Jay-Z and Beyonce.

The restaurant is set to open at The Fairmont on Sheikh Zayed Road in Dubai.

The opening date has not yet been confirmed but it’s expected to open late January or early February, the company said in a statement.

The company, led by hospitality veterans Eugene Remm and Mark Birnbaum, has attracted a loyal following among A-List with its contemporary renditions of classic dishes executed by executive chef Hung Huynh, winner of the US cooking competition reality show Top Chef.