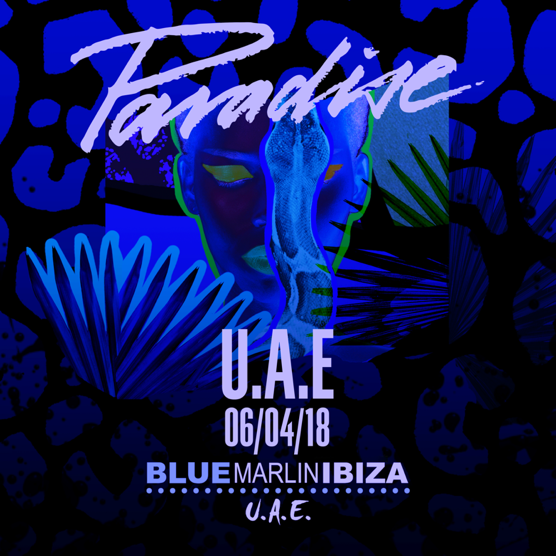 Dubai, UAE – February 26th, 2018: You thought you’ve experienced it all, but on April 6th 2018, the game changer is making its way over and we’re not surprised that the UAE’s original Balearic beach club, Blue Marlin Ibiza UAE, was chosen to host this globally known brand. Created by Ibiza icon DJ Jamie Jones, Paradise has shaken the grounds below some of the world’s most epic party cities, from Ibiza and Miami to Amsterdam and Manchester, and now the phenomenon is jolting its way to the shores of Al Ghantoot, UAE. 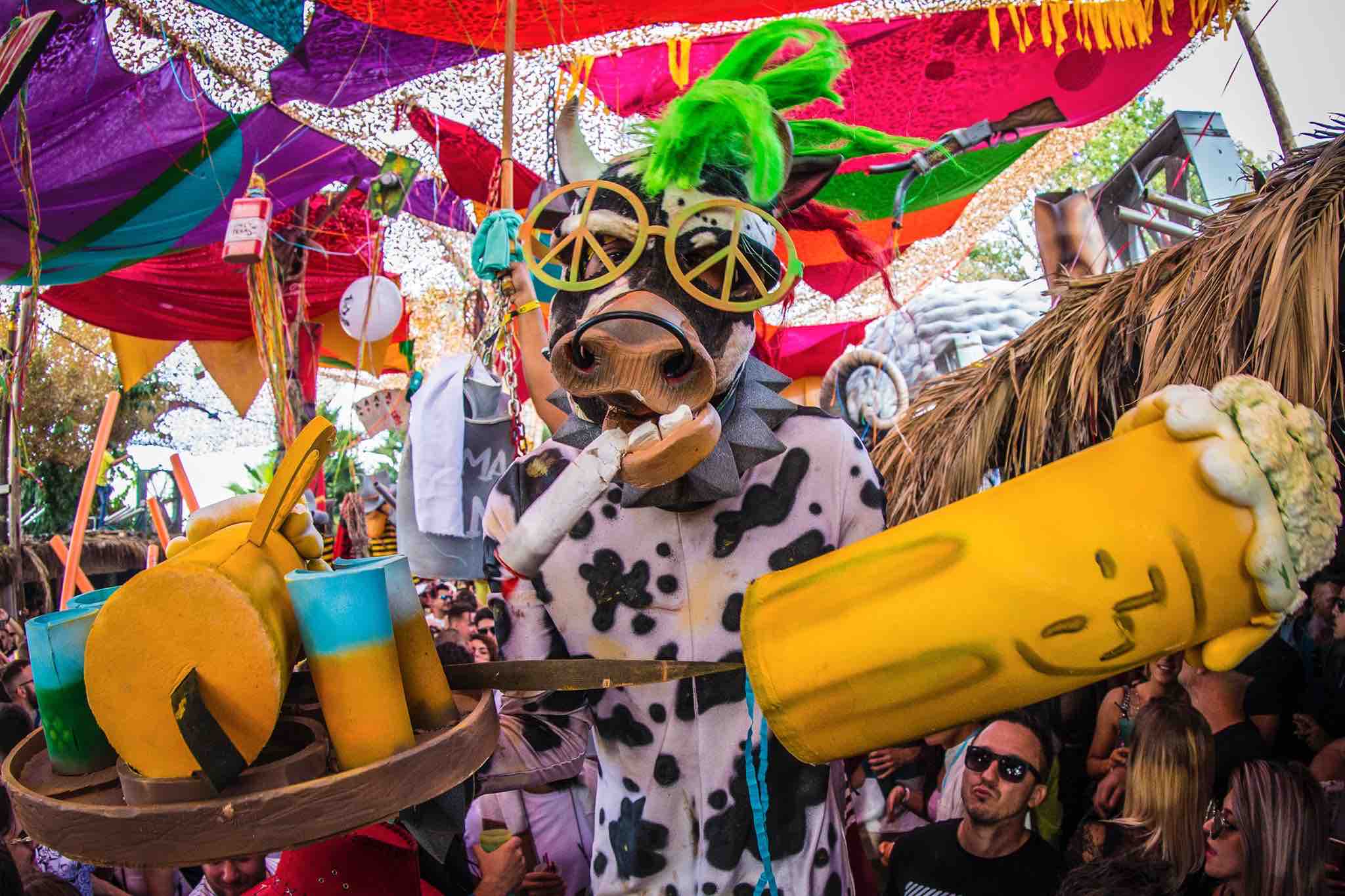 Paradise was a concept built to embrace its dwellers in a music nirvana, a 360-party experience with cool and unique décor that the party flourishes itself with. Following its unprecedented success at its birthplace, Ibiza’s popular outdoor club DC10, several cities from across the globe were quick to join the bandwagon, and finally, it’s Blue Marlin Ibiza UAE’s turn to bring the musical journey to loyal partygoers, thrill seekers, and lovers of life.

“We’re here to show the world that the UAE can also host big name underground festivals. At Blue Marlin Ibiza UAE, we have the right mix of crowd, beautiful scenery and setting, and an ambitious and passionate team who’s willing to do anything for music!” – Blue Marlin Ibiza UAE Management

Blue Marlin Ibiza UAE has played host to countless international party brands over the years, and it just keeps getting better and better as the beach club goes above and beyond by changing its format to accommodate what is promised to be an experience that will set it apart from anything they’ve done before. Extending from one corner of the site to the other, the party will begin around the upstairs pool during the day, and will extend into the sunset and starlight right on the beach, with decks being set up to offer a completely new experience. With decor, lights, fantasy themes that incite your imagination, dancers and installations, the entire beach club will be transformed into a whole other multi-dimentional space. 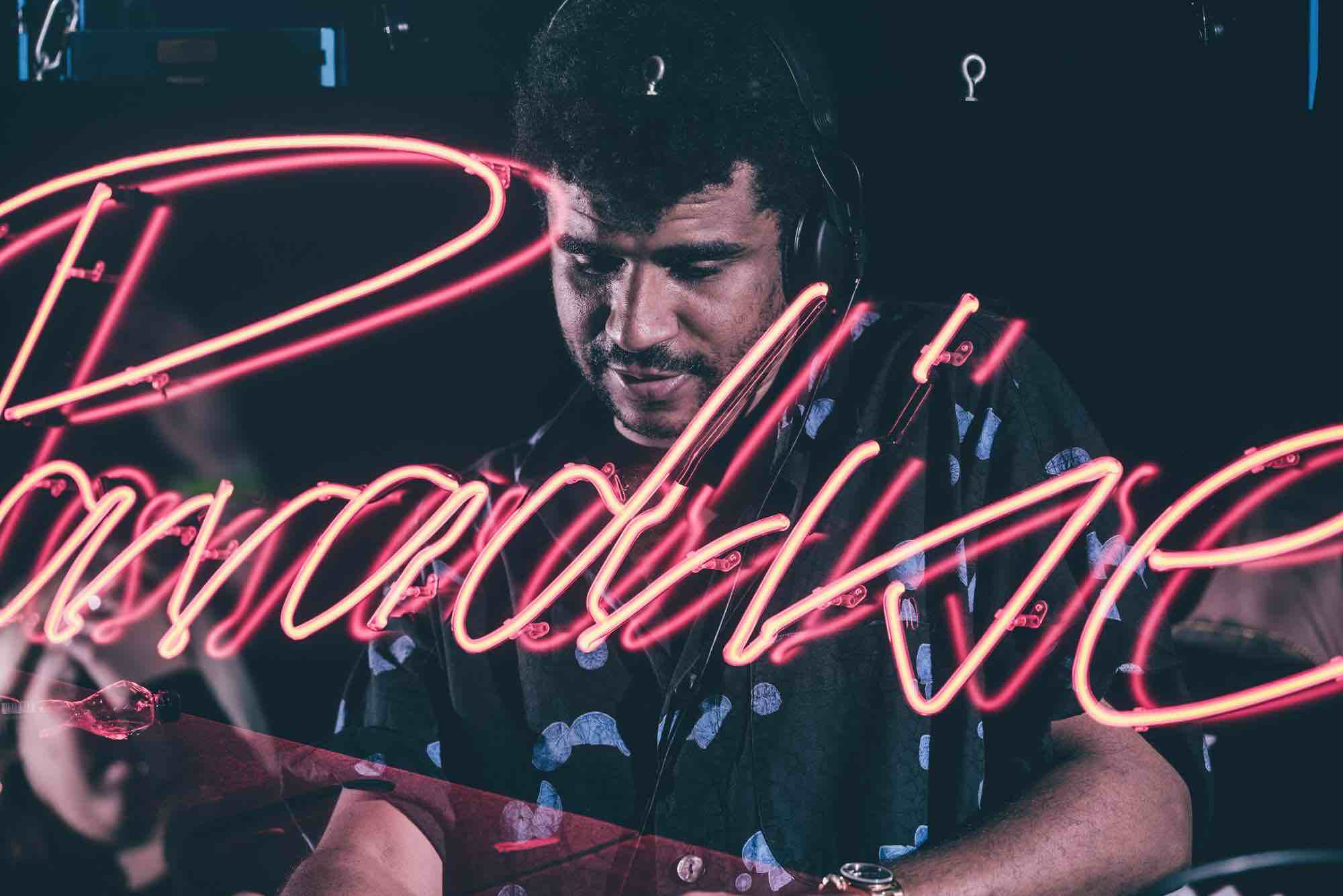 Leading the DJ roster is Paradise’s mastermind, Jamie Jones himself. The Hot Creations artist widely regarded as “the leader of the sound of house” will carry the torch with his iconic melodic and deeper techno sounds that have aligned him among the industry’s greatest. He will be joined by top of the line guest DJs who will be announced very soon. Paradise has been previously associated with world renowned DJs including Adam Beyer, Joseph Capriati, Richie Ahmed, Guy Gerber, Martinez Brothers, Mathew Jonson, Skream, and Carl Craig, amongst others.

“We’re happy to be Jamie Jones’ exclusive partners in the region. He trusts our vision and we trust his gift to the world of house music. It was only a matter of time until the Ibiza party would come to visit our shores!” – Blue Marlin Ibiza UAE Management

Jamie Jones describes Paradise as a state of complete surrender to music, visuals, and energy creating an experience for the ultimate divine pleasure.

“For me to be in true paradise is to be lost in the moment visually sonically. With Paradise, we try to bring the aesthetical pleasure that comes with amazing colors, amazing shapes, amazing surroundings, and add the perfect soundtrack to an experience and a moment that’s dedicated to audio and video stimulation”

On April 6th, 2018, Blue Marlin Ibiza UAE will embody just that with Paradise, a day to night ethereal fantasy!