To celebrate the exclusive launch of Meryem Uzerli’s beauty kit ‘Eye Cosmetics Box’ in TRYANO and Wojooh, the region will witness a series of appearances of the beloved German-Turkish actress Meryem Uzerli, who rose to fame with her breakthrough role as Hürrem Sultan in one of the most successful Turkish series, “The Magnificent Century”. 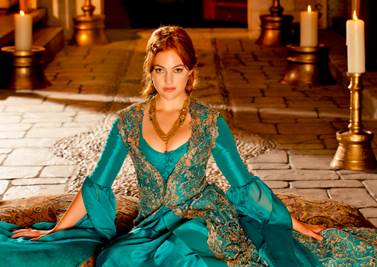 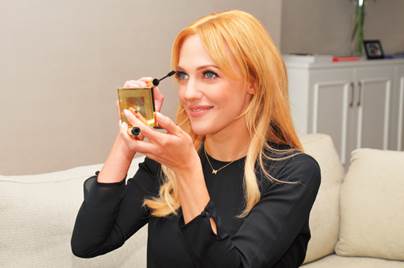 Meryem is passionate about beauty; prior to rising to fame, she worked for years in the industry as a makeup artist, honing her skills and mastering the tricks of the trade. Her new beauty kit includes five premium products: two mascaras, an eye shadow palette boasting 4 shades with Prisma Shine Technology, a liquid pen eyeliner with the highest amount of black pigment worldwide and a 3-in1 kajal.  It will be sold exclusively at TRYANO in Abu Dhabi and WOJOOH in Dubai, in UAE, and Wojooh in KSA, Qatar, Kuwait, Bahrain and the Levant. Catering to the taste and beauty standards of the Middle Eastern and international women, the premium quality products are created and developed by Meryem with top manufacturers from Germany and Italy.

The actress’s first appearance will be at TRYANO in Yas Mall, Abu Dhabi to kick off the store’s Beauty Week on March 16th.  Meryem will be signing autographs and posing for pictures from 6pm to 8pm in the evening.  Additionally, fans will be able to participate in a fun social media competition through following the hashtag: #TRYANOLovesMeryem and TRYANO’s Instagram page: @Tryanostore starting March 1st for their chance to win a live makeover by Meryem.

Meryem’s appearance will be capped off with a full schedule of complimentary Beauty Week activities including a DJ, sweet treats from the Candy Bar by Manna, henna and a nail station courtesy of SOH Dubai.