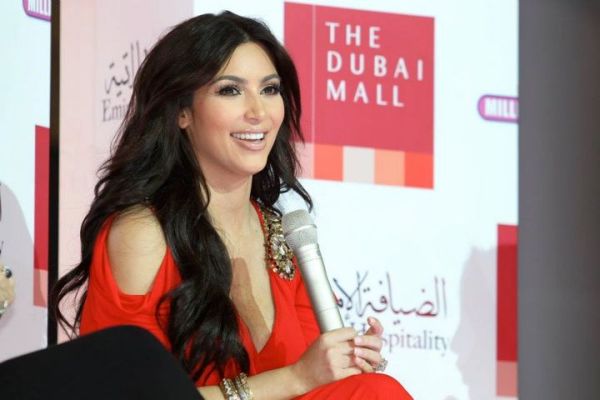 American reality TV star Kim Kardashian claims she has “gotten a couple of offers” to develop a themed hotel in Dubai, but admitted no formal talks have yet taken place, it was reported.

“I’ve gotten a couple of offers to do that,” she was quoted as saying by Gulf News. “It will be so much fun to do a Kardashian Hotel with my sisters. It’s not in the works but it should be something we should think about.”

The 34-year-old was in the UAE to attend the 2014 Formula 1 Etihad Airways Abu Dhabi Grand Prix on Sunday and host an event organised by Dubai’s VIP Room at the Radisson Blu Hotel on Yas Island.

On Monday, she also attended a promotional event in Dubai to launch her new fragrance, Fleur Fatale, at the opening of Parfum Monde on Sheikh Zayed Road.

“This isn’t my first time here but every time I come, I feel more and more welcomed,” she added. “I love it here and I can’t wait to come back.”

It is not the first time the star has visited the emirate. She appeared at The Dubai Mall in 2011 to promote the launch of the first ‘Millions of Milkshakes’ store outside the US.

“I’m just excited to meet new people and see what other business opportunities are out there other than what I’ve already have got on,” she said. “Absolutely [I would look at real estate], if it made sense and there was something there.