You are here: Home / Attractions / MANSAM6 and BLK. Launch at Cove Beach 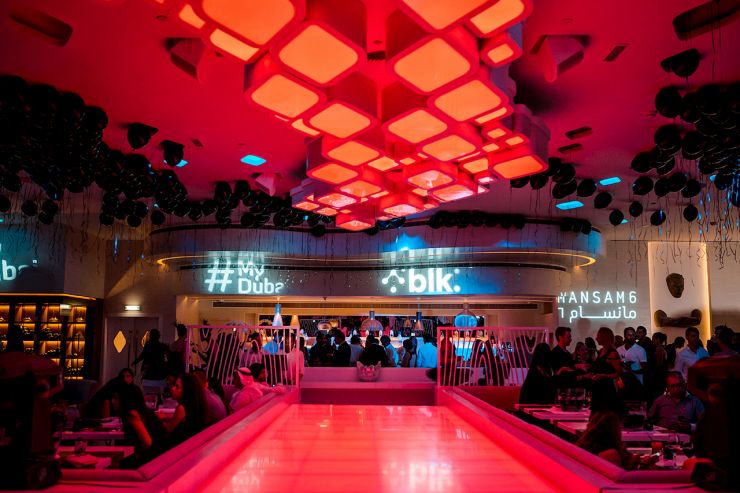 blk., the tremium fulvic-enhanced natural mineral water, was recently launched at an exclusive event at Dubai’s Cove beach, hosted by MANSAM6, the exclusive distributor of the brand in the Middle East. Guests were invited to chic lifestyle destination, Cove Beach, which was transformed to embody the theme of black swan. Hostesses were all styled to the theme of the night with help from the professional The Loft Fifth Avenue hair stylists. 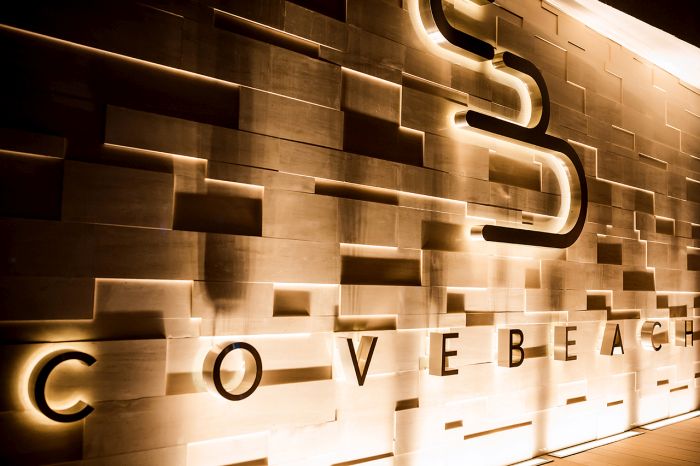 The night started with an intimate outdoor cocktail on the rose bar terrace, at 9pm guests were invited indoors by MC Tamara Al Gabbani to enjoy the festivities, MANSAM6’s Ahmed Sultan Al Habtoor and Meera Sultan Al Habtoor kick started the proceedings with a small speech about how MANSAM6 came about before introducing the blk team who had flown in especially for the event. 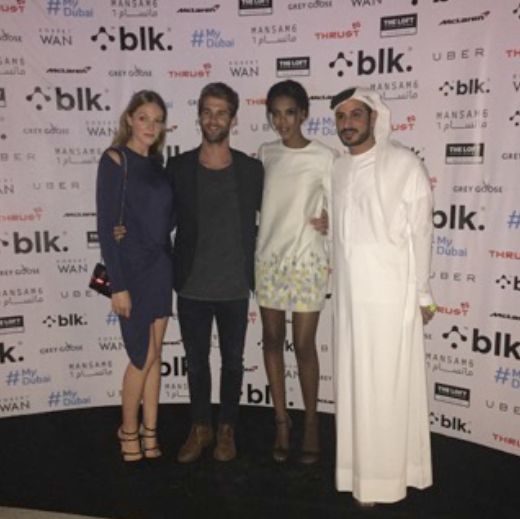 Robert Wan, the internationally renowned brand specializing in luxury Tahitian black pearls staged a giveaway of a beautiful black pearl where guests were given test tubes to try the focus of the night, blk. water with one lucky winner finding the precious pearl in their tube.

Cove Beach served a selection of black themed food and drinks throughout the night while DJ Kennedy Stephens played the best of the 80s, 90s and 00s tunes.

Already gaining extensive exposure and recognition across the region, blk. has established itself as Dubai’s water of choice amongst the influential crowds.

Welcome to the dark side! 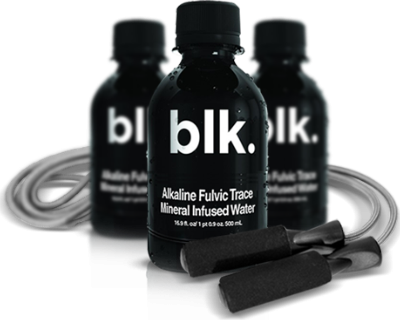 Equally favoured by both scientists and celebrities, blk. is a premium fulvic-enhanced natural mineral water with a striking black colour.

Delivering 77 trace minerals, elements, electrolytes, and antioxidants, blk. holds a high Ph of 8. providing serious hydration and all the same benefits as leading sports drinks and functional beverages but contains no carbs, calories, sugars, or caffeine.

Fulvic trace minerals, which play a critical role in the growth of plant life, along with assisting in the transport and absorption of nutrients inside the plant cell. Once these minerals are extracted from the source and added to pure water, the water turns black naturally without the use of any artificial dyes or colorings.

According to scientists, fulvic acid is one of the most powerful natural electrolytes known to man. It can balance, energize and restore cells back to its normal balance and potential.

Join in the excitement, and discover why so many are crossing over to the dark side of water.

.blk is available at following locations in the UAE: