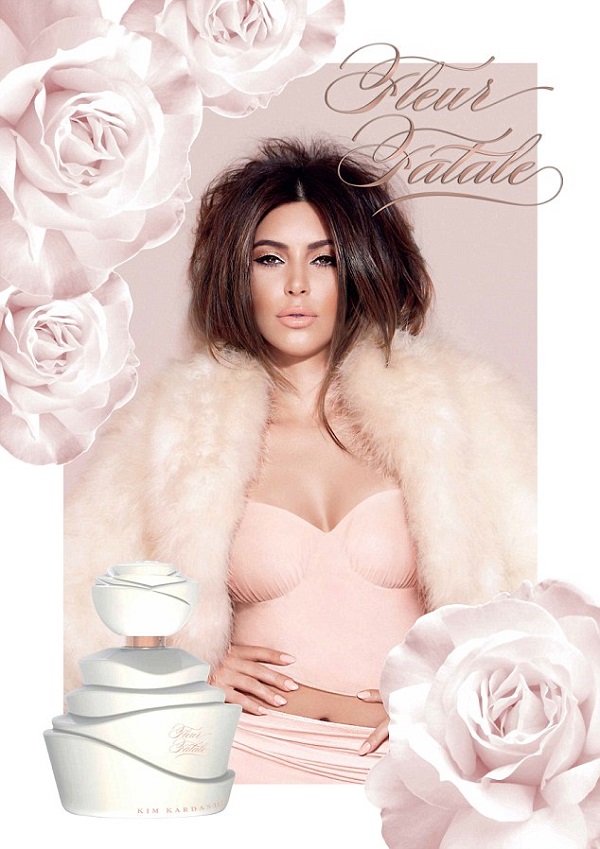 The reality star Kim Kardashian is returning to the UAE in November to promote her Perfume “Fleur Fatale”. She  launched her seventh fragrance “Fleur Fatale” earlier in October. The bottle is the shape of her favourite flower – a white rose. And yes! Kim Kardashian stars in the Fleur Fatale’s ad campaign, of course. The scent is described as an “elegant floral.” It contains notes of black-currant, bergamot, violet, rish, peony, white musk, and sandalwood.

Kim Kardashian nearly broke the internet with her saucy cover shoot that’s taken the World Wide Web by storm. Now she is all set to rock the Dubai again!

Yes Iggers (that’s Instagrammers, mind) of the UAE, take out your selfie sticks and work on those pouts: Kim Kardashian may soon be coming back to town. The reality star, hip-hop wife and pop culture’s most relevant name right now is looking at a trip to the UAE to promote her seventh fragrance, Fleur Fatale.

Its not confirm, how many days the most famous Kim Kardashian will stay in the city for Fleur Fatale’s promotion campaign, or whether her equally famous daughter North and husband Kanye West will accompany her, but it’s safe to say if she does come, she’ll be given a big Dubai welcome.
The 34-year-old almost caused a riot when she attended and met fans at the opening of the Millions of Milkshakes outlet at The Dubai Mall in 2011. She came with her momager Kris Jenner then, and also filmed segments of their hit show Keeping Up with the Kardashians around the city, and in Abu Dhabi.

Back to Kardashian owning the internet: Her racy photoshoot for Paper magazine, which was revealed on Wednesday, has caused an uproar online and immediately launched a million memes. In the shoot, an oiled-up Kardashian is shot from behind by photographer Jean Paul Goude, exposing her famous rear end. Another photo, a recreation of Goude’s earlier work, features Kardashian fully clothed. Readers of the magazine have been given the option of which cover they prefer.