You are here: Home / Entertainment / Icon of Arabic music Sabah dies at age 87 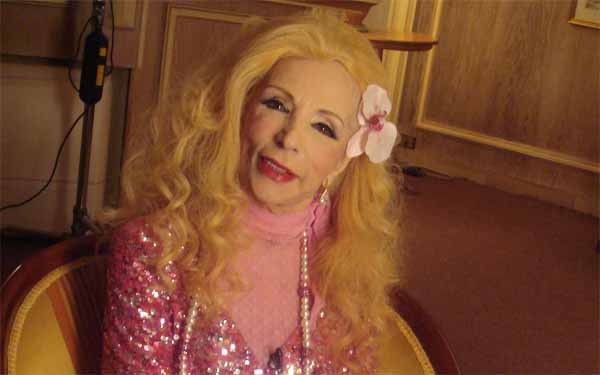 Lebanese legendary singer, Jeanette Gergis Al Feghali, known as Sabah, considered by many as one of the icons of the Arab world, has died. The Lebanese superstar, who celebrated her 87th birthday earlier this month, passed away on Wednesday morning at her Beirut residence.

During her impressive six-decade long career, Sabah  released a record number of albums, performed across the world, and starred opposite some of the biggest names in Arab cinema.

Born on November 10, 1927, in Bdadoun, Lebanon, Sabah’s journey to stardom wasn’t a happy one. She suffered abuse at the hands of her father, who used to beat her, and even take the money she made from small acting jobs.

Sabah began to sing and act in minor roles in the 1940s, before being discovered by Egyptian filmmaker Henry Barakat. Her first feature film was Al Alb Laho Wahed (The Heart Belongs to One). With Egypt being at the forefront of the film industry at the time, Sabah made the majority of her appearances in those productions, even adopting the Egyptian dialect. She has starred opposite some of the biggest names from the golden years of cinema, including Abdul Halim Hafez, Kamal Al Shennawi, Ahmad Mazhar and Hussain Fahmy.

During her 60 years in show business, Sabah released an impressive 3,500 songs and 50 albums, and acted in 20 plays and 98 movies. She was the first Arab singer to perform at the Olympia in Paris, Carnegie Hall in New York, Piccadilly Theatre in London, and the Sydney Opera House.

She also made one European TV appearance – which in the 1980s wasn’t common for an Arab singer – on the French programme, Le Grand Echiquier. She sang a duet with French singer Enrico Macias, which actually resulted in her being banned from several Arab countries, due to Macias’ outspoken support of Israel.