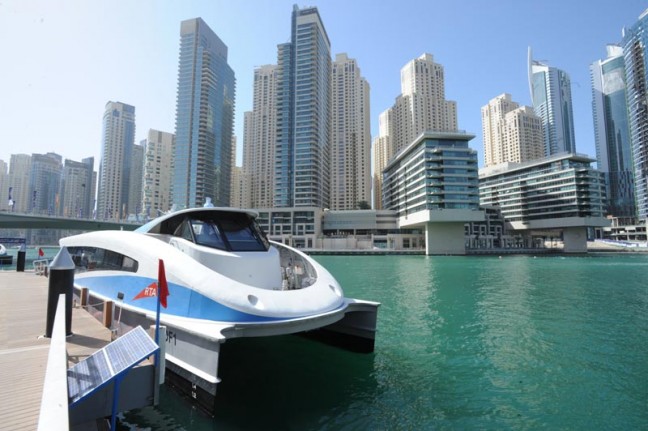 United Arab Emirates, is advancing by leaps and bounds and it seems like there is no end to its progressive road. With it’s fantastic transportation system, it can be undoubtedly ranked as one of the best in the world. In a recent move, which adds yet another feather in their transportation mechanism, Dubai Marina has launched a one-day hop-on, hop-off water bus ticket. Hop-on, hop-off ticket comes with tourist attraction voucher.

Aimed primarily at tourists, the Dhs25 pass allows users to travel freely between each side of the Marina.

Hussain Khansaheb, Director of Marine Transport at the emirate’s Public Transport Agency said that each comes with 28 discount vouchers for shops, restaurants and tourist attractions, including water park Wild Wadi and The Lost Chambers aquarium at Atlantis The Palm.

The usual fare for a one-way water bus trip within Dubai Marina ranges from Dhs3-Dhs5.

A water bus service between two stations in Dubai Marina was launched 18 months ago by Dubai’s Public Transport Agency; in November, it added two more stops.

So, if you are already living there in UAE or planning to go there, it’s a recommended site to visit. Happy boating!
Ahlan Live