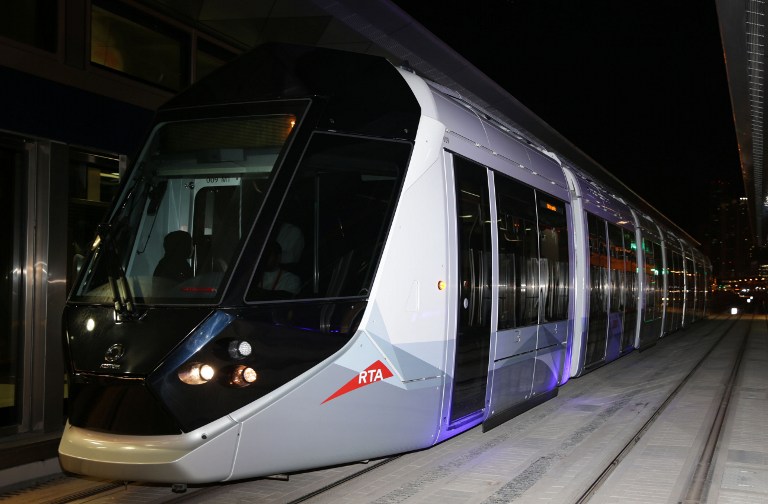 Recently Dubai inaugurated Gulf’s first Dubai Tram rail, a project in collaboration with French and Belgian companies. The Dubai Tram project was estimated to cost around $1.25 billion. Fireworks lit up the sky across large areas of the luxurious Dubai Marina as well as other business and tourist neighbourhoods which will be connected by the new Dubai Tram rail system.

Opening of the 10-kilometre (six-mile) light rail system was delayed for three years due to linked to the 2008 global financial crisis.

Dubai media have reported that traffic fines for accidents involving the tram could reach 30,000 dirhams ($8,167). Construction of phase two is expected to begin in 2015, extending the tram line to other neighbourhoods.

The city of Dubai is known as regional business headquarters and established itself as world’s most favourite tourist destination. The city is busy for preparing itself for the upcoming World Expo in 2020. The city is growing steadily with several high profile projects on the way.